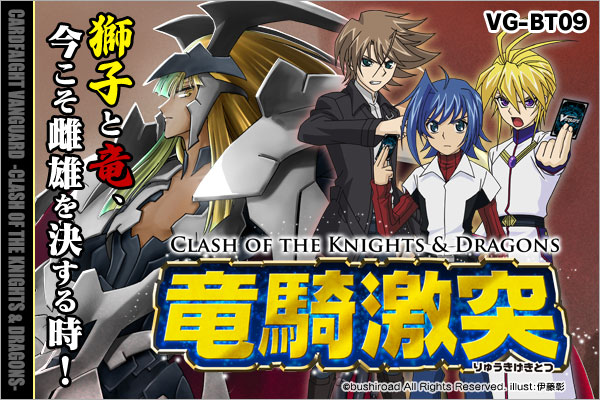 A while ago, some cards for set 9 was revealed and one of them is the cross-ride for Blond Ezel, the Platinum Ezel. Although I'm not too big of a Gold Paladin player, I would like to write my opinion on the comparisons of the two cards.

Let's begin with their base power. Blond has a base power of 10k and Platinum, 11k with a possibility of being a 13k base. Defense wise, Platinum would be a better vanguard. Your opponent would have to line up units which can hit a higher power value to gain pressure from power difference.

What Blond lacks, he makes up with being a more offensive unit. It gains power for each of your Gold Paladin rear-guards and gains even more power when you use his Limit Break. His Limit Break also brings out more unit onto your field and increases your field's offensive powers. Unlike Platinum, you won't possibly need to use units from your hand to maintain a full field.

Skill wise, they are both equal in usability and how they can help you in a game. Blond can bring in earlier offensive pressure and field filling. Platinum has the late game defenses and field power increase. However, they each have their own weaknesses. Blond would require an empty rear-guard and can only call out the top card of your deck. You might not be able to call out an ideal unit to the field. Platinum needs to have 5 damage, and has a higher cost. The efficiency of the skill also highly relies on the units on your field, you might need to protect your rears before being able to pull off the limit break to reach the skill's full potential.

Blond would have more flexibility than Platinum. Blond has the extra damage to spare for the usage of other units. Platinum however, doesn't really have much to spare, especially when you plan to activate his skill more than once in a game. Blond can also easily be mixed with any other builds and be able to use multiple different vanguards. Platinum has more constricted options and would not be able to utilise some of the abilities in the Gold Paladin clan.

I have yet to see Platinum in actual action, but I have seen people proxy him. He seems to be highly reliant on getting triggers and also the need for damage unflippers. He is a powerful unit but seems to be a one trick pony. In other news, more units will be revealed in two weeks time, and I'm really excited for them.