Set 10 And Set 5 Impact On Gameplay

Hello everyone, welcome to another of my blog post! Today I wish to write about how set 10 and set 5 changed the gameplay for Cardfight!! Vanguard. These sets contained many powerful units, especially the Break Rides and Cross-Rides. Each time, when powerful units are introduced, gameplay will change according to the current decks. 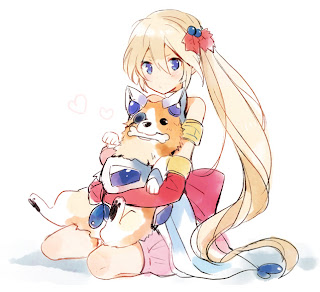 I will start off from set 10. Set 10 is the beginning set for Break Ride. So far, these units have very powerful abilities that suit their clan and moves the game into a faster pace. Many people say that this set is a power creep, I would be lying to say that this is not true. However, I believe that most of the clans can still play well even without Break Rides, or even limit break.

Break Rides moved the game to defending earlier. This would mean more planning and decisions to make with the cards you get from the draws. Rushing earlier is also more dominant for the set as you want the opponent to have more damage for a better finishing rush and also force them to use up their hand early in the game. This play style became beneficial to non-Limit Break units, this is because they can use their abilities without the damage and gain advantage earlier during the game. This is especially true for cards like Amon, Stern Blaukruger and Giraffa, Dimension Police's Laurel is also a unit which will work well.

Next we have set 5 for the English part of the game. The two main cards for this set would be The End and Majesty. When this set came out in the Japanese version, it caused a huge change and was a big power creep. Due to the defensive value of a 13k vanguard, a lot of clans without consistent field building and caused a lot of people to disagree with the mechanic. However, as time passed, clans got more support and are now more prone to playing against these units. Many of the units are introduced in the English game earlier as the sets released are not in the same order as the Japanese games. This caused the X-rides to have less of an impact to the English game. Nonetheless, the The End and Majesty are still very powerful units and would still make a big impact on the game.

Due to the introduction of these powerful units, people would need to start on making 18k columns and also changing up their strategy to playing smartly. This involves deciding on letting which units to hit so to not lose out on advantage. Waiting to build better field is also important so that you have an ideal field to play against the X-rides. Taking out rear-guards which can hit 20+k is also important so you don't have to waste too many shields on the rears, it also decreases their defenses. Stands could also turn the tables as they lets you attack more and forces your opponent to use more shields.

All in all, the impact these two sets brought to the game is pretty big. For a game that is still new and evolving, the release of more powerful cards are unavoidable. These units might be powerful but not unbeatable. Also, from what can be seen, Bushiroad is still releasing support cards for old card pools so that builds for older cards can still compete against the new cards.